Is CAP just used by truckers that distribute systems?

What are distributed systems and where can we find them in our everyday life? Bottle CAP and CAP theorem what is the difference? 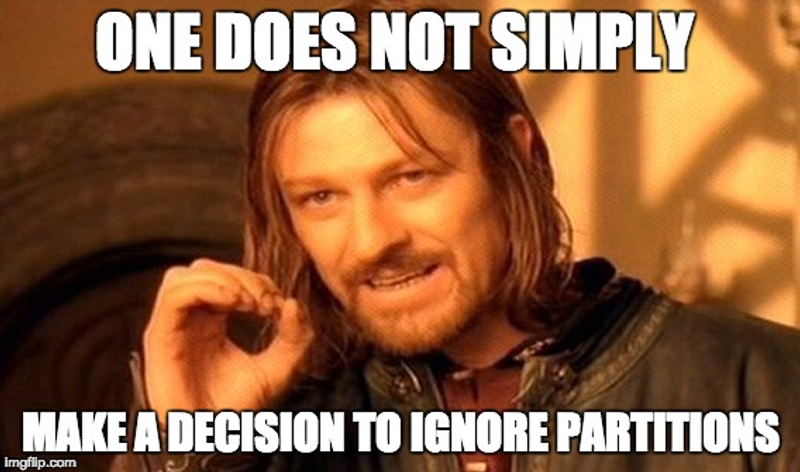 To answer these questions we need to go back in time to the introduction of network communication between different machines in the '60s and the continued technological advances during the next decades that set the foundation for machine-to-machine communication as we know it today. Machine-to-machine communication provided the ability for machines to coordinate their work towards a common task by communicating. This gave birth to a new kind of system, distributed replication systems, or distributed systems for short, are defined as multiple devices connected via a network cooperating to perform some task. Sabu M. Thampi explains one of the many reasons why distributed systems have grown with the entrance of the information era:

"When a handful of powerful computers are linked together and communicate with each other, the overall computing power available can be amazingly vast. Such a system can have a higher performance share than a single supercomputer."

A problem designers of distributed systems are faced with is the CAP Theorem. CAP stands for Consistency, Availability, and Partitioning. When designing a distributed system you want the system to have strong consistency, always be available, and be operational even when the network is partitioned (you want to reach the center of the illustration in the image below). When a distributed system has geographically long distanced replicas of data and information is sent between the replicas, network partitioning will always be present, may it be due to the human factor or a glitch in the matrix.

Strong consistency is desirable but costly for the system's performance and it also blocks operations thus lowering the availability of the system. A bank transfer requires stronger consistency because of the nature of the transaction than for example Amazon Dynamo

which has sacrificed strong consistency for better availability. Let's face it, in today's society, availability is extremely important. When people can’t access their Facebook or Instagram accounts it is on every newspaper around the globe.

Even though these incidents probably didn't happen because of their servers dropping availability to reach a consistent state, you and I would probably not “accept” their services to be down for a couple of hours every other Tuesday night for them to reach consistency.

Now you are thinking why does it matter in which order the 👍 are made, and it doesn't matter for this specific case as in this case two 👍 will increase the total count by two always. But what if the updates were 👍 and 👎 on the same cat picture from the same user? If 👎 is performed before 👍 nothing will happen for the first update as there is no 👍 to remove resulting in one more 👍 on the picture. If the order was reversed, the thumbs would remove each other resulting in no more likes for the cat.

In a decentralized system, all nodes perform actions to reach a consistent state by communicating with other replicas. Actions are performed locally and the changes of the state are communicated to replicas currently in the network. The updates made, propagate across the network and reach all replicas either directly or indirectly if no replica crashes or disconnects indefinitely.

Both systems have their pros and cons but there is never a universal fit for all use cases. For a larger system like Facebook, a decentralized system may be the best fit and for a DIY project, maybe the less complex central system is the better choice.