This is the carol of how a co-worker and I created the same app using 4 different frameworks: Flutter, React Native, Xamarin Forms and SwiftUI. We did this to answer the age-old question: “Which mobile application framework is the best?” and to learn for ourselves the pros and cons of different approaches. We also polled a lot of colleagues on their experiences, including authors of some of Norway’s most used and important apps. Read on to learn our and Norway’s favorite mobile application framework! 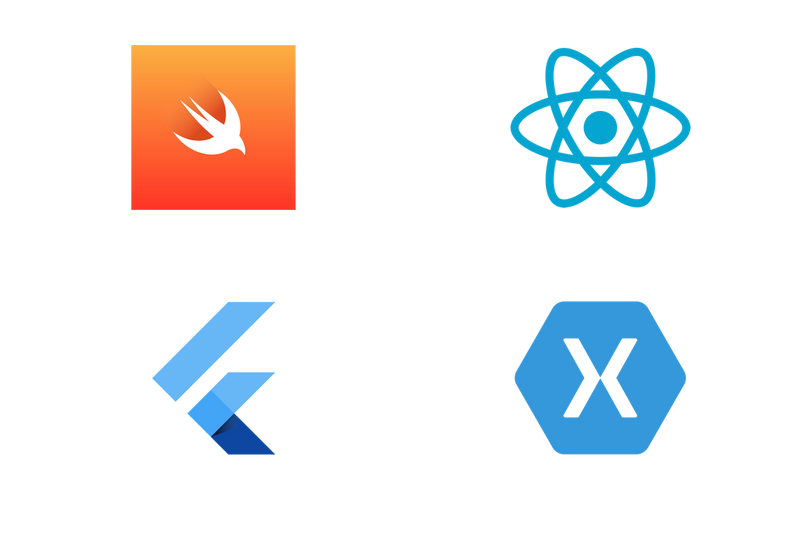 At Bekk we have multiple communities of practice (CoP) each year. In 2021, I, together with my colleague Ina Bjørnestad, joined the community called the App Factory. The end-of-year goal for most of the App Factory members was to ship an app to the App Store or Google Play for the very first time, but since both Ina and I have shipped multiple apps in the past we’d rather try something new. I’ve used Xamarin since 2011 and Ina was well versed in the ways of React Native and we could never agree on the same framework to use. Then it hit us, instead of limiting ourselves to create an app using only one framework, we would instead build the same app 4 different times using some of the most popular frameworks out there. Then we could compare and contrast our experiences and perhaps agree on the best one.

The app we chose to create was called Top or Not and its premise was simple: if you randomly and without forewarning find yourself in an unknown area of Norway, our app will show you the nearest mountain to climb using the map. It should also be possible to mark summits as favorites and to search for them by name. The data was stored in Postgres and served over a REST-API powered by the excellent Supabase.

Creating this app 4 times gave us multiple points of comparison:

So, what did we learn?

It should come as no surprise that none of the frameworks was the silver bullet. We encountered roadblocks, difficulties and stunning lack of progress using any framework. What flabbergasted us the most was not only our own problems, but that during one hackathon each and every member of the CoP was stuck for a long time on different problems. Everyone! No issue was the same, but it often had something to do with versioning of frameworks and libraries. Both iOS and Android are ever-changing and just keeping up with their updates was a task in and of itself.

Creating robust CI-pipelines for testing and automatically shipping beta versions of apps were also difficult. Although tools like Fastlane has excellent documentation and online services like App center exists, putting them to use for the first time proved time consuming and error prone for everyone involved.

React Native was the currently most popular framework, while Flutter was the most alluring. Some also want to try SwiftUi, but that leaves Android as another story entirely. Xamarin is used reluctantly by some but is still popular.

We also asked if people would recommend a framework to a friend or colleague, thus enabling us to calculate a net promoter score for each one:

Even though each framework was more recommended than not, SwiftUI won by a NPS of 85 which is exceptional. Flutter with its 50 is also well liked, while React Native and Xamarin lags a bit behind.

Does that mean that SwiftUI for iOS and Flutter for Android is the way to go? No! Choose the mobile application framework that best suits your team and your surrounding organization’s skills and technology goals. Focus on what the app should do, for whom and why it should do that. With that in mind, the app can be made using any framework:

The last hurdle for any app is to be actually accepted in an app store. Which have rules. Many rules, and some of them seemingly random and esoteric. Do yourself a favor and read and understand these rules before designing and implementing your app to lessen the possibility of having done work in vain.

If you want to learn even more and you understand Norwegian, a video of a talk we held on this very subject is available on Bekk’s Vimeo account.