Imagine you're sitting on the train on your way to work, and you suddenly get an epiphany on how to solve that mind numbing coding problem that's been bothering you over the last few days. You whip out your laptop, create a new Kotlin file, implement the standard main function, and hit "Build" to verify that everything is OK. By the time IntelliJ responds with a "green light", your stop has been announced on the speaker system and you have to drop what you were doing. At the office, the solution you once had so clear in your mind now is lost to the void. If only you had a tool to quickly verify that code snippet, with less overhead! 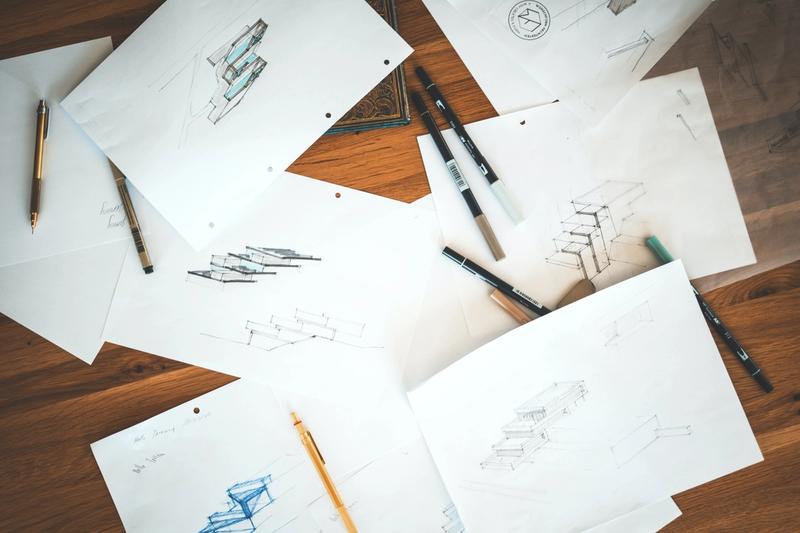 This example is arguably a little overdramatised (*), and you would probably be better off just scribbling down some pseudo-code in an arbitrary text file, instead of going through the process of setting up a new project. Although, there might be certain times where we want to have some code executed and output printed as fast as possible, to be able to quickly verify or refute some assumption. A quick feedback-loop like this is also very convenient in a learning phase, be it a new concept or a new language. Luckily JetBrains has got our backs and provided us with just the tools we need: Scratch Files, Worksheets and REPL capabilities.

* Besides, theres not really much commuting these days with mostly everyone working remote

If you want the whole suite of IntelliJ built in auxiliary coding tools, you pretty much have two types of alternatives for your code sketching needs. Firstly there's Scratch Files (or Scratches for short), which aren't tied to any particular project, and are stored in a separate area (*). Kotlin Worksheets are similar, but will be tied to a specific project upon creation. Personally I tend to use mostly scratches, but it can be convenient to have them included in the project itself, in which case worksheets would be the go-to alternative. Additionally, scratches support a wide variety of different languages and extensions, in addition to Kotlin. We'll be focusing on Scratch Files for this article.

Scratches can be created either via the menu File > New > Scratch File, or by using the built in shortcut if you find that more convenient: ⌘ + Shift + N or Ctrl + Alt + Shift + Insert for Mac and Windows respectively, if using the default keymap. Finally choose the Kotlin format for your scratch file, and you're good to go; a file with a .kts extension will be opened in a separate tab. To avoid losing your scratches, it may be an idea to rename them and move (or copy) them into a more persistent location.

Features of scratches, and how to run them

We're ready to put that ingenious Kotlin idea of ours to the test! With the scratch file open in IntelliJ, let's take a look at what kind of features we get:

We can see clearly that our Kotlin code has been syntax highlighted in addition to code completion being active, like we're used to when working with regular Kotlin files. In general we can pretty much write Kotlin code like we normally would in any other IntelliJ Kotlin project. One thing to note here is that a Kotlin scratch file does not require us to create an entry point, i.e. a Kotlin application main method, so we're able to start typing and executing Kotlin code right away. The output will be conveniently displayed in a window to the right of our source code upon hitting Run Scratch File.

By default we have access to the native Kotlin language constructs as well as the the Kotlin Standard Library in the scratch file context, which is why we're able to invoke the iterator and forEachRemaining functions in the example above. Should you want to use functionality from other modules defined in a project of yours, you can do so by choosing the Use classpath of module option and select said module from the dropdown. You may now import and reference functionality defined in the module from within your scratch file (*):

* If you get an Unresolved reference error in the Scratch Output, make sure the functionality from your module is defined inside a package.

We have two additional options that can be toggled to alter how our scratches will be executed: Interactive mode and Use REPL, where the former simply enables our scratches to be run automatically if we stop typing. Use REPL means that we will switch to a Read-Eval-Print-Loop execution style, where each expression will we evaluated and its output printed individually. As a result if we append new expressions to an existing scratch file, IntelliJ doesn't have to execute the whole file, but rather only the last expression we added. Personally I like to toggle both options, which lets me sketch out code and see the resulting output instantly.

The example provided in the beginning, although a bit contrived but realistic nonetheless, is just one of the possible use cases. Depending on your work and learning process, using scratch files can be an excellent way to try out new Kotlin concepts, or simply using it as a place to dump some logic that you do not want polluting your project. If we look a little closer at the extension that IntelliJ uses for scratch files, .kts, it is implied that scratch files are simply Kotlin Script files opened in a particular IntelliJ context. Sharing code snippets, and even longer scripts, now becomes a trivial operation, since we can create a arbitrary .kts-file and exchange it with a friend or colleague. Given that they are using IntelliJ the file can simply be dropped into Scratches and Consoles and they'll be able to execute it and see the output in a matter of seconds. Additionally, scratches are a nice offline alternative to the Kotlin Playground.

Alternatives with even less overhead

To create and use a scratch file you have to at least get IntelliJ up and running with a project, in order to access the scratches folder. If you're comfortable not having the auxiliary tools that IntelliJ provides, like syntax highlighting for instance, a more lightweight approach can be used. It's possible to make use of the Kotlin REPL to execute Kotlin code snippets directly on a command line and avoid IntelliJ and a corresponding project setup all together. Invoking kotlinc on a command line will give access to an interactive shell in the Kotlin compiler, where we may execute individual Kotlin code snippets and read output from the console. The standalone Kotlin compiler can be found here: https://github.com/JetBrains/kotlin/releases/latest. The Kotlin REPL tool is also accessible from within IntelliJ.

Whether you opt for auxiliary tools or the barebones approach, you've hopefully gotten a few new alternatives the next time you're in need of some quick code sketching!