Take Argo CD for a spin with K3s and k3d

The container paradigm is upon us, and some love hacking and writing code for Kubernetes - while others struggle, finding maintaining or releasing for it difficult. How do you even test a Kubernetes deployment on your own computer anyway? In this post we will have a look at how the stripped-down Kubernetes variant K3s can be used to take the new hot container continuous delivery tool Argo CD for a spin on your own laptop or personal server - without much of the complexity Kubernetes requires. 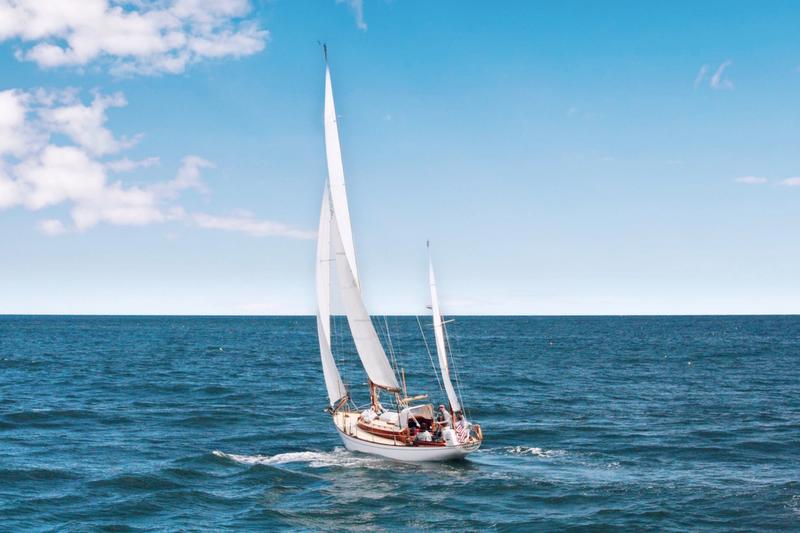 Kubernetes: oh so wonderfull, but oh so complex

Ah, Kubernetes. In the fast-paced realm of cloud computing, it seams a long time ago that Kubernetes, or K8s for short, came winning out of the container orchestrator wars. With the amount of hype it's had and it's seeming omnipresent, it's hard to belive that it's just been 3 years since K8s came out on top as the preferred container orchestrator, leaving other products like Docker Swarm and Mesosphere in it's wake.

The container paradigm hasn't been just smooth sailing. Many adopters have struggled with all the loose parts, and K8s has suffered lots of critique for it's complexity. Lots of this criticism can be dedicated to projects too small to be using it in the first place, surfing on the hype of "all the big players using K8s so we should too", but there is certainly a case to be made for the effort and knowledge going in to managing a cluster. On top of that, doing local development has been a bit clunky, and for some teams, managing clusters for things like CI can be expensive.

Thankfully, there is a solution for those who want to leverage the strengths of deploying applications and services declaratively with Kubernetes, but without big parts of the complexity: K3s. That's right, it's K8s - 5 = K3s.

K3s is developed by Rancher Labs and is a Kubernetes flavor built to bring the power of Kubernetes to the edge, IoT devices, local development or for usage in situations where, quote,

""Situations where a PhD in K8s clusterology is infeasible"."

What does this mean? In practice, K3s is a "full" Kubernetes-compatible system with a single binary under 40Mb in size. Lots of deprecated or optional parts of K8s has been removed to shrink it down, but the biggest differences is the replacement of etcd, the distributed key-value database, in favor of the versatile SQLite database, a favorite among many developers for mobile and embedded solutions. For high availability clusters, SQLite can optionally be swapped for another database, like MySql or PostgreSQL.

Since K3s is designed to be simple and easy to install, it can also be run via Docker (fancy that, a container orchestrator tool that run in a container itself!). This project is, logically enough, called k3d. k3d makes it quite simple to create single- and multi-node K3s clusters locally, on a VM, as a part of CI systems, etc.

To summarize, K3s and K3d removes a lot of the friction and complexity associated with running Kubernetes, making it a good choice for local Kubernetes development, edge computing devices or your local server. Sounds exiting? Let's use K3s via k3d to deploy apps with another hot product: The container continuous delivery tool Argo CD.

Argo CD is a GitOps tool that has a simple, but powerful objective: To declaratively deploy applications to Kubernetes by reading the application's Kubernetes-resources from version control, like a Git repository. Every commit to the repository is threated as a change that will be executed by Argo CD against the Kubernetes cluster, manually or automatic. In this way the entire deployment regime is controlled by files in version control, which substantiates an explicit release process. As an example, if a new version of the application is to be released, an update to the image tag is written to the resource files and checked in. Argo CD syncs with the repository and rolls out the new version.

Since Argo CD itself runs on Kubernetes, it's quite easy to setup and works perfectly to deploy applications on K3s.

To test Argo CD with K3s on macOS, the easiest way is to run a single-node cluster via Docker and k3d. First, install `k3d` with Homebrew:

With the k3d command, in place, set up a single-node cluster called laptop:

A quick docker ps shows two containers, k3s itself and a proxy. That's all we need.

Next up, use the k3d command to add the new cluster to the local kubeconfig so we can interact with it:

Now, to begin the installation of Argo CD, create a namespace for it:

The rest of the installation is a simple kubctl apply from the Argo CD installation manifest. A lot of Kubernetes resources will be set up, so this might take some time.

After a minute or two depending on the speed of your machine, all Argo pods should be in place.

To access the Argo CD UI, create a port-forwarding object and attach it to the Argo CD service (We want this port forward hanging, so use a dedicated terminal window).

Navigate a browser to https://localhost:8080 to find the Argo CD login screen.

To login, use username admin. The first-time password is the name of the Argo CD Api Server pod, funny enough. That can be fetched like this:

With the password in hand, Argo CD will let you in.

From here, hook up a new Application with the following details:

And hit create. This will start the deployment of a simple guestbook application with a service, endpoint and a deployment containing a single replica set. Everything is synced by Argo CD from the given Github repository. When everything is created, Argo CD will show a all-green, all synced up map of all Kubernetes objects.

To access the deployed guestbook, set up a new port forward for the guestbook-service:

And thats it! We now have a glorified guestbook application deployed from Argo CD to Kubernetes, running as K3s via k3d on a local machine. Hopefully this spars some ideas on how to use K3s / k3d, Argo CD or hopefully both.

To clean up the machine and delete all content from the k3d cluster, use the delete command:

When writing this article I went in total flux over whether to write "k3s", or "K3s" with a capital K. To find out, I reached out to the main author on Twitter, Darren Shepherd and asked him. The answer was quite amusing, I recommend reading the following Twitter-thread!

"I'd like to know too. I always wanted it to be lowercase but when people edit my writing they make it upper case, especially when starting a sentence. So I really have no clue. @GuerillaNerd do you know?

Ah, and one more thing: For more, in-depth use of Argo CD, watch out for the 16th.