An introduction to UI sounds

What are UI sounds and how can we use them to create better user experiences? 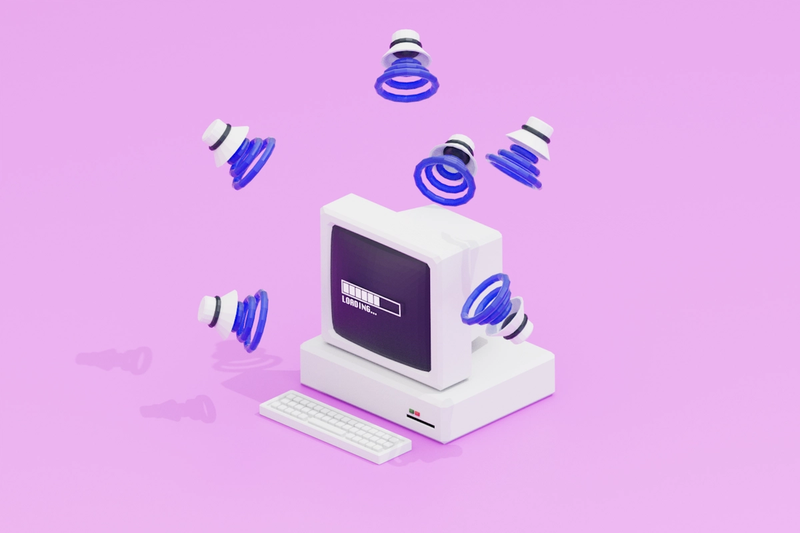 Digital user interfaces have become a huge part of our lives. We look at them most of our days when we are on our phones and our computers, and UI sounds have followed with it. You may or may not be familiar with UI sounds, but you are surrounding yourself with them on a daily basis. UI sounds are the sounds made by devices, software and applications we interact with. For example the small clicking sound you hear when you tap away on the digital keyboard on your phone. Some of the sounds are so well integrated that we barely notice or think about them. They are just there.

In the early days of digital UIs, sounds were something mainly used in video games, and not an integrated part of other user interfaces. Even the original table tennis-themed game «Pong» (launched in 1972), had some basic UI sounds. Imagine the small beeps when the digital ball hits the walls or the paddles. It was not mind-blowing sound effects, but it helped to highlight the interaction. In later games, UI sounds brought the players into an even more immersive experience, with different types of UI sounds such as notifications, feedback and soundtracks, which I will go into detail later.

Maybe not the first, but as with many things from Apple, they made UI sounds a thing. Kicking it off with redesigning the startup sound on the Macintosh computers in 1991. The startup sound that had been used before 1991 was dissonant and ambiguous, not signifying if the computer had crashed or if was booting up.

"I thought, I gotta have this meditative sound, I used to joke about it being a palate cleanser for the ears."

- Jim Reekes - the creator of the Apple Macintosh startup sound

Today the startup sound is something we regard as a very distinct Apple trademark.

The different kinds of sounds can be differentiated into types, depending on the purpose of the sound. What is the sound trying to achieve? It’s not always a clear distinction, and sound can be a bit of several types, but I will try to describe them as best I can.

Notification sounds are well… notifications. It’s the dings and beeps you hear when you get a new message. And it could also be the sound that signifies that your download is complete. But if we look outside of the world of smartphones, it could also be the alarm systems on a ship that tells the captain that the ship is on collision course or about to sail into shallow waters.

Interaction sounds are the immediate sound you get as a response to your actions with the user interface. Clicking sounds, small dings and so on. My personal favourite is the inflating and deflating balloon sound you get if you hold down the «thumbs up» emoji on Messenger.

A third category, which is harder to give one proper name or title, is the sound I would call purely delightful sounds. Sounds that are function more or less as something to spice up the user experience. For example, the Mac startup sound which was mentioned earlier is a hybrid of a notification sound and a sound designed to spice up the experience of turning on your computer.

When and where to use UI sounds

UI sounds can bring an extra level of detail to a user interface. Just be aware of when and where. Too much can become annoying and distracting. If you decide to dive into UI sounds, consulting a sound designer would be a good way to start. Making even the smallest clicks are time-consuming, complicated and don’t always turn out as what you hoped for if, you’re not a trained or experienced sound designer.

UI sounds are maybe not the most important thing when designing great user interfaces and user experiences, but can add the touch of something extra. UI sounds are still a field within interaction design with the potential for coming up with new ways of using them. Even though we have come a long way in implementing sounds in digital objects and applications there is still so much that can be explored.