The power of your voice

So, you’ve conquered your fear of taking the stage, you’ve prepared your presentation to perfection, and things are going well. But still the audience all seem a bit careless, and it feels like your delivery is lacking that little extra. I think it’s time to introduce the real power of your voice. 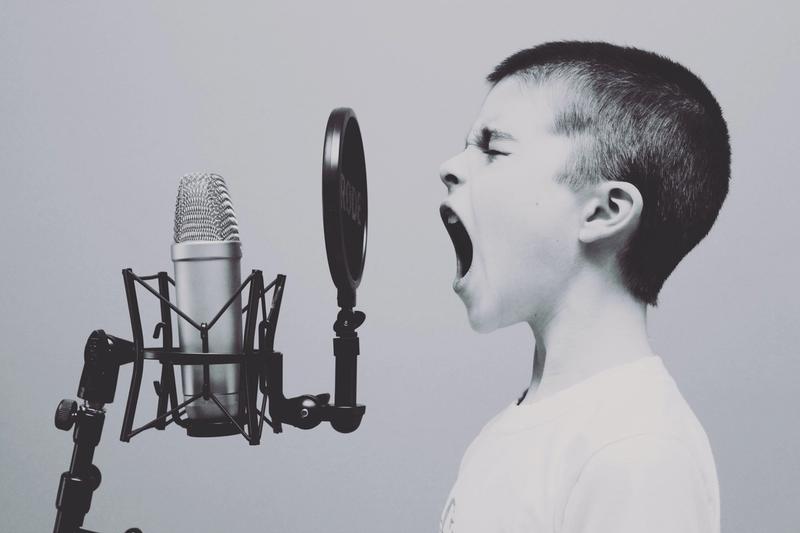 Now first of all; congratulations! Taking the stage is a big win, but now we want to get even better. I totally understand you though – you’ve gone through a rollercoaster of emotions and feelings just to get to this point, and how your voice sounds isn’t really on the top of your list of concerns, right? After all, you’ve been using your voice your whole life, how much different could it sound in this context? It turns out a lot, because without even thinking about it, many people don’t use their voice the same way in public speaking as in day-to-day conversations. Now your focus is elsewhere and you’re concerned about so many other aspects of the presentation. Other times it’s almost like a defense mechanism; “If I don’t speak up, I won’t make a fool of myself”. I like to think it's the other way around.

Think about it, you’re at the lunch table at work or school, telling your friends a hilarious story about a crazy incident that happened this weekend. To really re-live and bring the story to life, you use your voice in all sorts of manners to be engaging and translate the feelings of what happened. But then you go on stage, and you talk like you’re reading the newspaper – not exactly enthusiastic. So how exactly can you use your voice to draw the audience in? Well, here are at least three core features I’d like you to think about:

Some people talk slowly, others talk really fast. Usually, it’s the latter for most people during presentations. Non-stop. Be sure not drain the energy of your audience by going at a steady high-speed pace throughout, because that requires a lot of focus and attention of them as well, and you don’t really give them a chance to take it all in. It can also be used according to the situation; talk fast when describing a stressing or exciting situation, and slowly when depicting something taking painfully long time or when emphasizing a point.

Even taking a one or two second… pause… can help to recapture the attention of the audience.

“And then it all went boom”. Try to say this sentence first with a constant low volume, and then once where you max the volume when saying “BOOM”. See how much of a difference it makes? Important points should be spoken out louder, and aside notes lower. Also be sure to generally speak up loud enough so everyone in the room can hear you. It both shows and gives confidence.

Imagine meeting an acquaintance at the grocery store that you don’t care much for. But to not come along as a rude idiot, I’m sure most of you start out with a “Oh, hi there!”. Now if you just say this line in a flat tone you’re not really convincing this person, but introduce a little high pitch, and you come along as much more friendly. Same in presentations; convey trivial stuff in high pitch, and more serious and authoritative stuff in low pitch.

The keyword for all three is variation.

Think that you’re reading a story book to a child, and how you actively would use you voice then. At first it will feel uncomfortable and forced, but give it a few tries, and you’ll hopefully start to make use of this without even thinking.

Or imagine attending a concert, where the vocalist either sings about love or rough break-ups, happy days or dark days. Either way, they always put their heart and soul into it, and you can almost feel what they’re feeling. It makes all the difference on how you perceive the lyrics and relate to them.

Now just to be clear, some presentations are perfectly fine with a more straight-forward use of your voice. After all, not everything needs to be that dramatic or convey feelings. But they can be useful tools to give variation to your presentations, help to really emphasize and underline your points, and engage your audience. I hope you give it a try, one small step at a time!