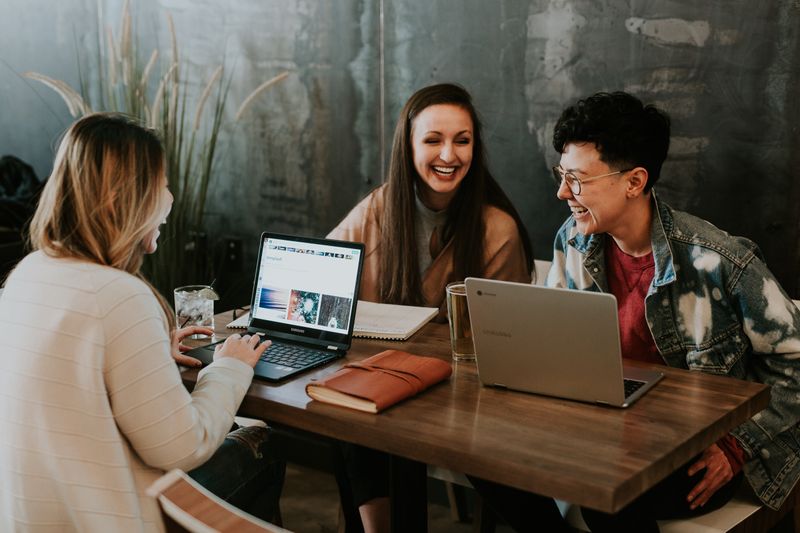 It is difficult to measure culture without first describing what we are to measure. Therefore, the following definitions of culture—although they may differ from your own—function as a vocabulary for interpretation of our measurement frameworks.

Culture does not exist within one individual. It occurs in the interactions and integrations between us. Putnam defines culture as the combination of pattern of thought, emotions, and actions. They are the atomic composition of “The way we do things around here.” (M. J. Martin, 2006), which on the molecular level entails:

On a more abstract level organisational culture can be exemplified as “[the way] an organisation responds to its challenges, whether these are explicit (such as a crisis) or implicit (such as a latent problem or opportunity)” (R. Westrum, 2004). Therefore, given this definition, it naturally resonates that “Culture eats strategy for breakfast.” (P. Drucker). After all, strategy only make up one or two bullets on the list.

Equipped with these definitions we hypothesise that a combination of the well-established OCAI framework, Westrum’s typology of organisational cultures (a cornerstone in The State of DevOps report), and the standard Employee Net Promoter Scores would each provide unique perspectives of an organisation’s culture, and therefore could be adequately merged. This article explores this hypothesis.

OCAI (Organizational Culture Assessment Instrument) is a recognized culture framework, used to classify an organizational culture. This is achieved through the use of two dimensions, one describing whether the organisation is internally or externally focused, and the other describing whether an organisation is characterised by stability or flexibility. By combining these dimensions, four culture archetypes appear. The OCAI framework says nothing about the value of these organisational cultures. In other words, evaluating whether a culture change is desirable is entirely up to the decision makers.

The four culture archetypes are:

To classify an organisational culture a questionnaire consisting of questions within six categories is used.

What is Westrum’s typology of organisational culture?

The DORA State of DevOps research programme is a rigorous and recognised study in the capabilities that drive higher organisational performance through software. The findings in the report is often used as a guiding tool in organisational striving to become more agile and lean through implementing DevOps, and the study found that optimal information flow is predicative of higher performance.

R. Westrum summarises that the most critical characteristic in how an organisation responds to its challenges is how information flows within it.

This is further described in his The Three Cultures Model:

eNPS is a popular measure of employee satisfaction.

It is computed based on a survey of the employees in an organisation consisting of only one question: “How likely is it that you would recommend your organization as a place to work on a scale of one to ten?” The responses are then sorted into three categories:

The score equals the percentage of promoters among the respondents less the percentage of detractors among the respondents, multiplied by 100. Hence, the final score will be a number between -100 and +100. There are no industry standards on what qualifies as a “good score”, however, as long as the score is above 0 your organisation is in theory an attractive place to work.

We hypothesised that by combining The Three Cultures Model and OCAI we would end up with a framework for describing organisational culture that would be more valuable than the stand-alone frameworks individually. This hypothesis is supported by the fact that OCAI classifies cultures by type, whereas The Three Cultures Model classify cultures by value. In other words, they answer different questions and therefore highlights different aspects of organisational culture.

To test the hypothesis we built and distributed a survey consisting of the questions pertaining to both of the frameworks. Using this data, multiple regression analysis were employed to test whether the results from The Three Cultures Model could predict the OCAI results for the respondents. Our hypothesis was that no such prediction would be possible, as the two frameworks supposedly measure different things. However, if we were to find that the OCAI results could be predicted by The Three Cultures Model, it would indicate that combining the models would not be worthwhile.

The results came in according to our hypothesis: Knowing how an organisational culture scored on The Three Cultures Model did not tell us anything about the score of the same culture on the OCAI framework.

We therefore proceeded to describe the culture types that would emerge by combining the two frameworks:

The survey also included the eNPS question. This data indicated that more generative cultures are correspond with more satisfied employees, in line with what one would probably believe to begin with. This underpins R. Westrum's claim that having a more generative organisational culture is favourable.

Measuring the impact of change

While the OCAI-framework postulates that all four culture archetypes are in principle equal, the Westrum topology distinguishes cultures by value for the organization. All else equal, it would always be preferable for an organisation to have a generative organizational culture instead of a pathological culture.

When identifying the set of activities made more likely by a generative culture, it becomes clear that there is a large overlap between the characteristics of agile organizations and the characteristics of generative organisational cultures. Common characteristics include cooperation, free flow of information between teams and individuals, empowered employees actively taking responsibility, exploration of new ideas and learning from mistakes. The large overlap indicates that measuring the value of agility and the value of more generative organisational cultures are two sides of the same coin. Organisations cannot become more agile without also adopting a more generative culture. This is underpinned by other research, as e.g. McKinsey states that “The importance of investing in culture and change on the journey to agility cannot be overstated.“

Several studies show that agile organizations perform better as a consequence of possessing these characteristics. These studies are generally comparing the financial results of agile companies, as measured by the degree to which they possess agile characteristics, to non-agile companies.

In order words, to get an idea of the financial impact of adopting a more generative culture, we used these studies as a starting point, and modelled the profitability of a company as a function of several moderating variables. Specifically, the model includes the following:

The most important assumption, however, is the assumption that successfully adopting a generative culture for the whole organization increases the yearly profits by 25% if the culture is pathological to begin with. This estimate is in line with previous research, and is driven by both cost savings and revenue increases.

Research indicates that the cost savings primarily stem from reducing the administrative costs associated with control and command-activities. Revenue increases, on the other hand, is most likely driven by a combination of a reduction of churn and an increase in customer acquisition (improving customer satisfaction and faster adaptation to competitor moves), as well as better decision making capabilities with regards to innovation and product development as a consequence of the improved information flow.

M. J. Martin, 2006 — “That’s the Way We Do Things Around Here”: An Overview of Organizational Culture

Why Does Culture 'Eat Strategy For Breakfast'?

The 12 Stages Of The Agile Transformation Journey

The 6 essential pillars of a successful agile transformation

What is Business Agility